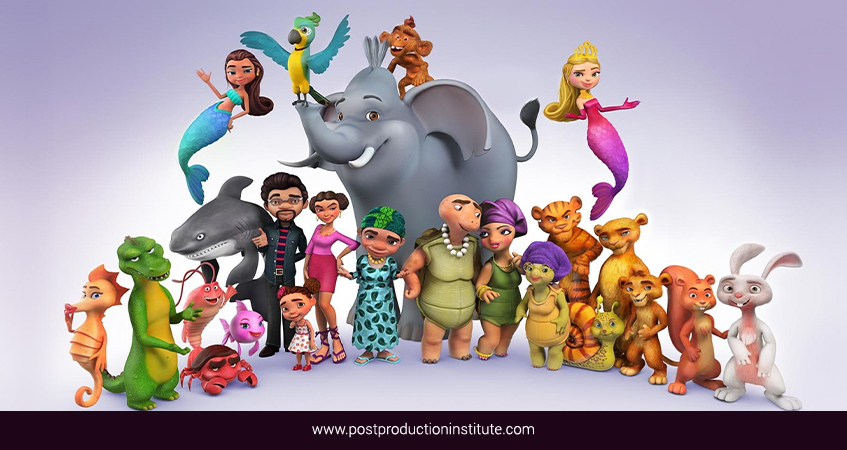 3D has become an inevitable part of life and it's becoming popular day by day. CGI (Computer Graphics Imagery) or extensively known as the 3D Animation process, creates special effects in movies, arts, video games, mobile games, television programs, and advertisements. The 3D images are not hand drawn, but are mostly created using specific 3D software. The structure being built on three axes provides- vertical, horizontal, and the depth effects.

These three, clubbed together gives in a third dimension to the structure. Lately, we have seen much advancement made in the animation industry like the 3D effects being used mostly for animated films, movies, games, interactive sessions, mobile technology, and much more. With the development of computer games, the computer graphics technology has advanced towards real-time rendering quality. 3D computer graphics has started appearing in games.

The oldest commercial 3D computer graphics dates back to 1976, where the first 3D wire frame was used. The animation was produced in the movie Future world. The first 3D animated English feature film Toy story, hit the cinemas in 1995. The world has seen blockbusters like Shrek 2 (2004), Avatar (2009), Toy Story 3 (2010), and Cars 2(2011) that has presented the best quality 3D.

The 3D animator generates a graphical illustration of the character skeleton and the model is described with the help of animation variables or mostly known as 'Avars'. These are mostly done for character modeling of animals or humans to provide specific facial or anatomical features or expressions. One of the most recent additions to 3D Animation is 'Motion Capture', which utilizes the technique of live action. The movements of a real time performer is captured and animated in this process. Later it is applied to the animated character. Each animation techniques have its own benefits, and the appropriate usage of each of these provides the best results.

The majority of artistic people today never seize the chance to become successful by applying their intrinsic passion and imaginativeness. Times have certainly changed, and it is important people are educated on the possibilities of sharing their creativity with the world.

People have watched cartoons since they were a child and some continue to watch them into adulthood. Pixar and Disney are some of the industry leaders in animation films that have produced amazing masterpieces. It seemed as though the animated motion pictures and cartoon series seen on television and in the movies would remain in the hands of the esoteric few. Young and eager minds lead to one innovation after another and the possibility of making amateur animations and cartoons began to attract more and more.

In fact, it is quite practical. A quality cartoon film or animation series can be made with just the power of your imagination within a few short weeks, and more importantly, your hard work can be rewarded with easily monetize your work for free and publishing it to the internet for free. The duration of these animation courses can also vary. Therefore one should be cautious while selecting the animation institute. As there are various institutes in Delhi which are offering animation course and that too charging a very high fees, but when comes to Post Production Institute the perfection and success are automatically guaranteed because at PPI we don't indulge in just providing theoretically education but an extensive and comprehensive training is imparted to the participating students who ultimately turn out to be true professional animators which is in tune with the prevailing multimedia scenario.

Why Our Institute is Best for Animation Training

Our Mission at PPI is to train a new breed of artists who go on to become leaders in the industry.

We believe a student can only learn when they are taught by the best and in an environment that focuses on skill development, independent thinking and the constant pushing of boundaries.
We have trained hundreds of artists within our eco – system. We ensure that every student goes away with strong fundamentals, work ethics and become highly employable throughout their careers.

No other course in India offers this commitment, passion and desire to TEACH and ENLIGHTEN.
Don't just take our word for it, drop by, visit our institute, interact with our students and staff and see for YOURSELF

PPI offer the best knowledge in the simplest form.. We always try to pay proper attention to their every student and like to help them to solve their problems with intense care. We pay individual attention to each student. This way we ensure everyone gets the best of us with carefully designed one-on-one coaching process. We at PPI consider in nothing but the best..Some great features of our training process are:

Career Prospects in the Field of 3D Animation

Website designing, graphics designing and three-dimensional product modeling is some other fields where animators can get opportunity. Though entertainment through film and television is the main area of application in this profession, animation is also needed in other areas like business, sales, engineering, education and advertising.

You can get chance in fashion designing and interior designing and even in medical, legal and insurance companies for their presentations and models. The gaming industry is looking forward for excellent animators. Some animation institutions hire students for teaching assistance, so they can make profession in to teaching profession also. Animators could even search jobs at print media and publishing firms. Even you can work as Free lance basis as animators, particularly those specializing in web animation.

India has over 400 animation studios employing over 13,000 animation professionals. Besides this, Indian companies are producing a number of animated films and cartoons for US and European studios. Therefore the chances for good creative animators never end.
Some of the jobs offered in the industry are:

No doubt; this vfx or visual effects field has tremendous job opportunities for you. Come and meet our experts they will guide you free of cost.