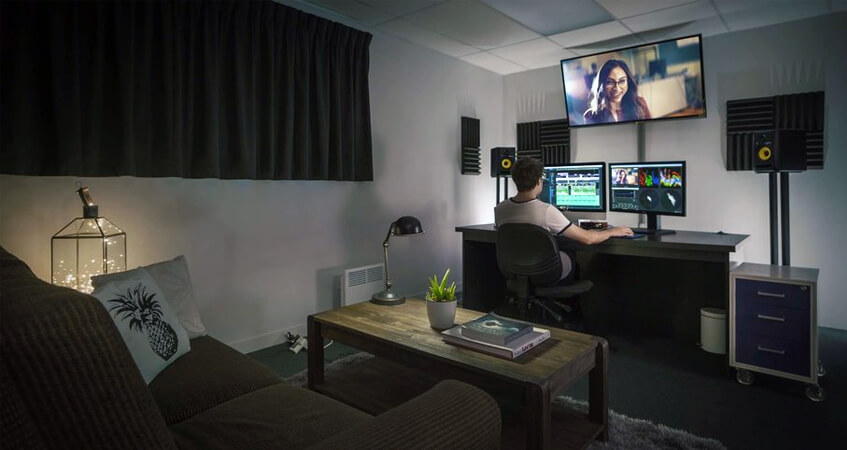 Post-production is the most under appreciated part of creating 3D visualizations. It brings in you the power to easily make some changes; put in the sky you like, add some dirt, make the colors more vibrant and even correct some little mistakes in your 3D mesh.

Most of the traditional 3D artists tried to do as much as possible within their 3D package since these packages were not focusing on post, but rather on the 3D products themselves. Rendering masks for the different color corrections one would like to do was a painstaking job of fixing the lighting and materializing — making artists choose to do most of the work in 3D (such as adding dirt and textures) and so leaving only color correction for post-work.

Pre Production is the phase of further developing ideas and planning prior to process of production. In an animation sense it is stage before any real animating takes place.

Post Production is popular term being used in film industry form several decades. Post Production is final step in film creation. Post production is a process by which artists manage a real or virtual video. A video may need visual effects, sound management, and footage placements to finalize it for the public and good impact.Most production houses are looking for the people with required skills who can hit the ground running and make an involvement from day one.

Although a formal education isn't necessary for post-production video editors, it can increase their chances of success. You need technical skills to do video editing, but a college degree is not compulsory. One day when you will be proficient and experienced, you may consider offering one yourself as a business idea. It is necessary to learn post production, which may require you to take a number of separate courses.

Careers in the motion picture and video industries often follow non-traditional trajectories. Individuals pursuing this career path rely on apprenticeships or internships in order to obtain jobs. The U.S. Bureau of Labor Statistics (BLS) indicates that there are multiple paths that lead to a career as a post-production editor such as working as an editor at a television studio, cable broadcast company, educational production company or advertising agency (www.bls.gov). Alternatively, some individuals begin editing careers as assistant editors, dubbing editors, camera operators or even film librarians.

Post-production editors are professionals who take original video footage and turn it into a creative story that entertains audiences. These individuals must be innovative and understand what impresses regular viewers both online as well as in television shows and movies. If you want to become a post-production editor, you should look for colleges or universities that offer programs in digital media production.

Post Production Institute is the right choice for you. PPI focuses on the post production process including composting and editing. Students get an insight into techniques like, composting, match moving, matte painting and editing.