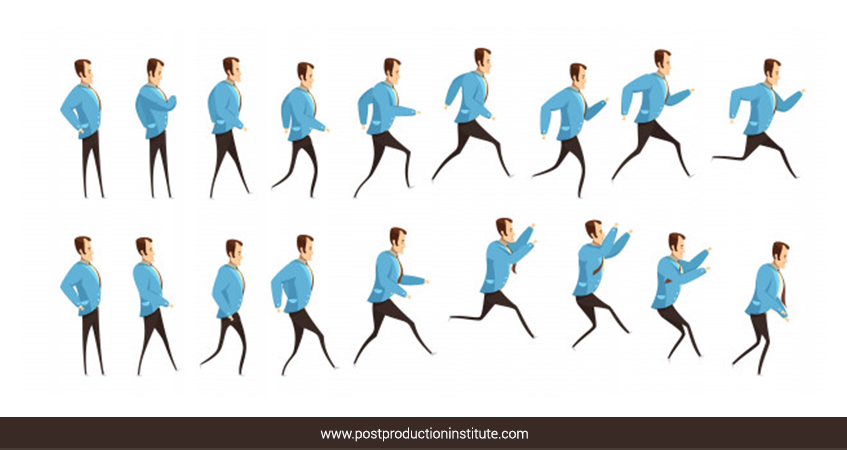 Animation is considered as the most powerful tool for stating and communicating new ideas in a creative way. The art of animation helps in spreading and channelizing interaction across different sectors. Animators bring characters to life and artists use the basic principles of animation such as clear staging, timing,

follow-through, squash and stretch, secondary action, and anticipation to give an identity and add life to the characters they create.

Be it film, television, or cartoon, we are surrounded by animations in one form or another. The animators need to be at their best for staying ahead of the competition. So how can one improve animation skills? We have listed down some of the best tips and tricks, which can help animators to improve their skills and add life to their animated characters -

The best way to imitate or mimic a person is by thoroughly understanding a person's movements, not just the actions, but the intentions that triggered these actions. Hence, animators can spend some time to do a little research on their animated characters. This helps them in understanding the actual thought process going on in their characters and helps them gain a clear picture about the character. This clearness gets reflected in the animation and helps in creating realistic characters.

Referring to a real-world example can be very helpful while animating the face of a character. An animator can even use a mirror to see the expression on one’s own face while delivering the dialogues. They also use videos of voiceover artists when they are recording the dialogues and then use this as a guide to animate their characters.

It is a well-known fact that gravity affects everything unless you are in the outer space. Animators should comprehend how gravity works and the manner in which it affects the physical mass of the animated characters. An understanding of the gravitational impact on different masses, such as the difference in the footfall of lighter and heavier characters is crucial and every animator must be aware of this.

How much time should be utilized in an animated movie is totally under the animator's control. Improper use of time can result in mistimed events and irregular shots. Happier and joyful movements are usually sharp and quick whereas sad moments are usually showed in slow motion. All these aspects should be considered while animating any scene of a film.

It is important that animators understand how the character's body works. Usually, the movement of an animated character towards anything that draws its attention begins with the eyes, followed by the head, neck, and finally the entire body moves in that direction. The eyes are what the audience are drawn to when they look at a character and in most cases, they are the first to move before the entire body moves.

Achieving a natural flow of any element which is following the character (for example, attaching a tail) can be difficult at times. The root of an element might be attached to the base but the entire motion needs to follow like a wave. One way to do this is to animate the base and apply the same to the rest of the joints. After this each frame should be edited to give a wave-like movement.

It is important that animators observe the real-world characters to understand the way they interact with others, how they express themselves, and how they move around. Other than that, it is also crucial to study the timing and weight of real-world characters. This will help in showcasing emotions better and make the animation look real.

Animators need to follow a layered process while animating the characters to save time. The first layer should have quick poses at specific frames, as this gives a better sense of timing. Once this is completed there is always time to go back and refine all the poses to perfect them.

Animating a simple 3D scene is not merely dependent on the ability of the animator. Most of the effects majorly depend on the rig being used. The rig should be customized as per the requirements of the animator. Some of the most effective gears are the ones that allow the animators to stimulate the characters. Nevertheless, it is important to keep the animator's rig to a simplest form possible.

Working on high-resolution models in view port at all times can cause a huge strain on your system and may slow down the entire process. Consequently, it is better to work on a simpler basic model when compared to a high-resolution model. This is one of the key tips to improve the quality of character animation and 3D animation skills.

Post Production Institute is a leading animation institute based in India and has been imparting animation training to many novices and professionals. Our team of experienced mentors has the required skills and resources to give students a real-time experience. We use latest tools and have access to state-of-the-art infrastructure, which help us provide a variety of animation diploma and certificate courses covering important concepts like 2D and 3D animation, flash animation, story boarding etc. Some of the latest animation tools and technologies we use include Adobe After Effects, Autodesk Maya, Cinema 4D etc.

So, if you are keen and have made up your mind to refine your character animation skills then just get in touch with us today!!!!